On 21st December 2020 the project ESR Pelayo Peñarroya Rodríguez based at Deimos in Madrid took part in the cultural days (jornada culturales) at a public school in Oviedo, Asturias. He organised a session dedicated to space missions for pupils of the public school “Germán Fernández Ramos”. He talked about asteroids and space debris and the fundamental connection that they have from a conceptual point of view. After that, Pelayo presented the Stardust-R project and fellow researchers. At the end of the Space Missions session kids were involved with some scratch projects where they block-coded some tools to prevent an asteroid to collide with the Earth (you can find the resulting game here). The presentation was very interactive, provided each of the kids had a personal tablet with which they could interact with the questionnaires given to them during the talk (using slido), both to understand their knowledge and engagement with the activity. Pelayo delivered a total of 3 talks of 1 hour each for 3 different 6th-year (11-12 years old) classes. Every pupil received a pin badge with Stardust-R logo to remember the activity. The slides of the presentation can be found here. A coverage of the event is also available on the school’s youtube channel. 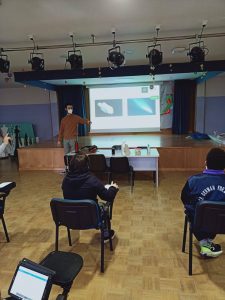 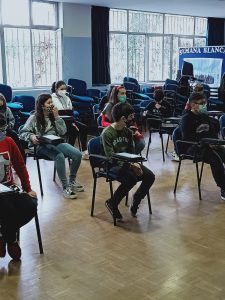 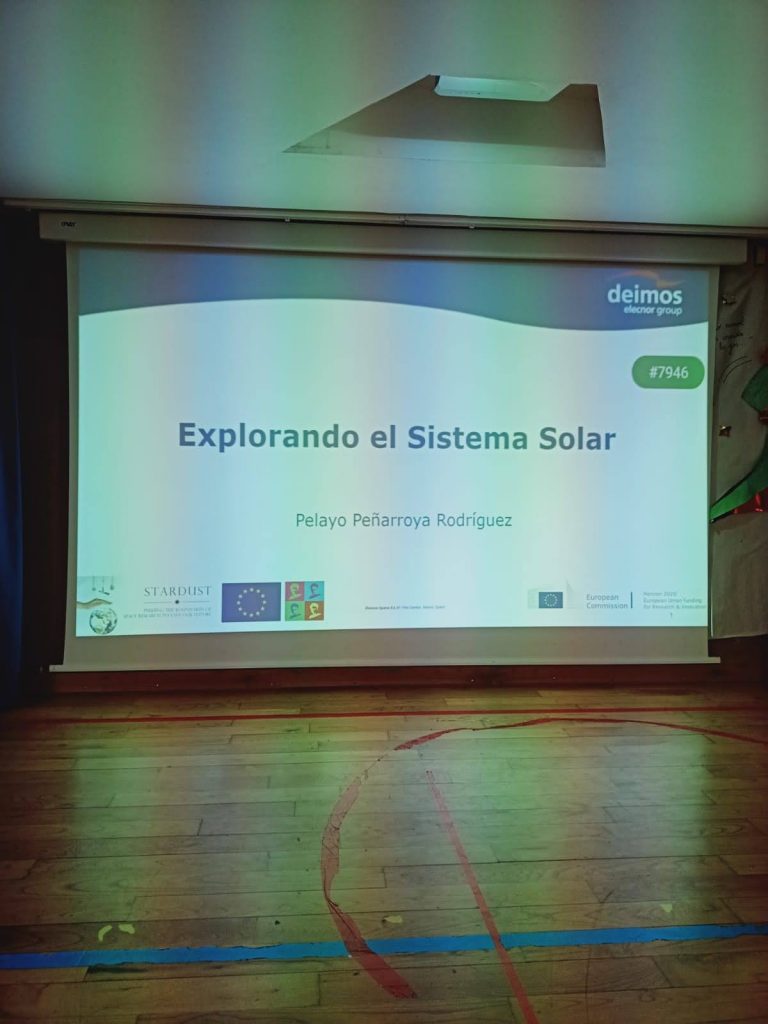 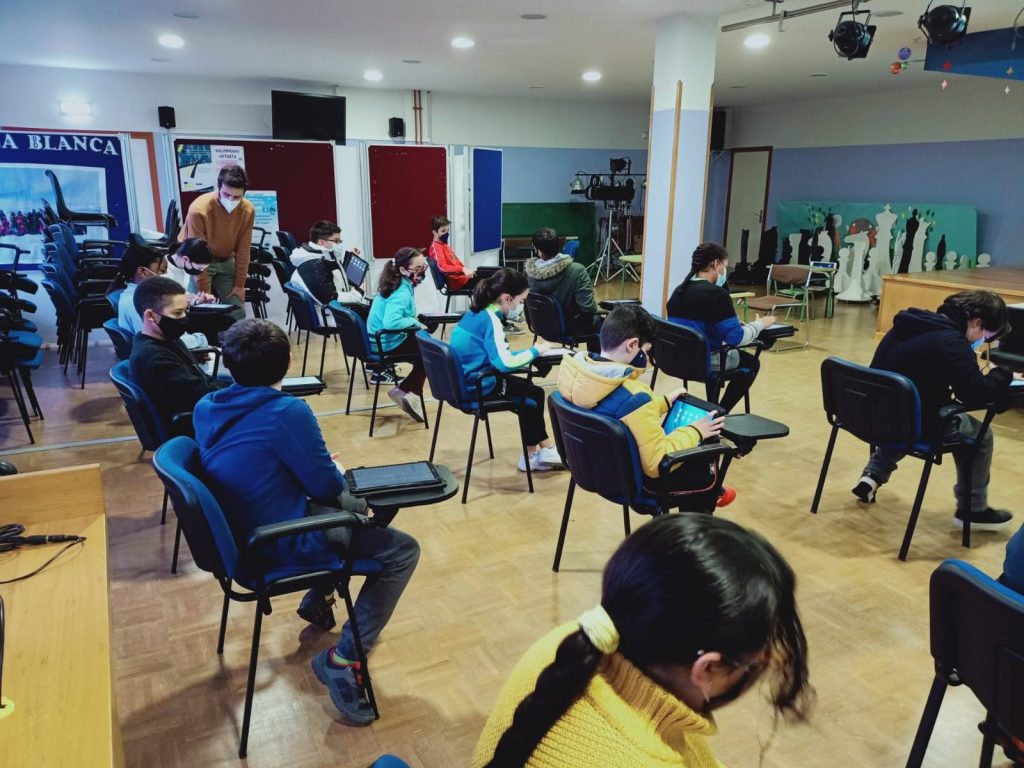 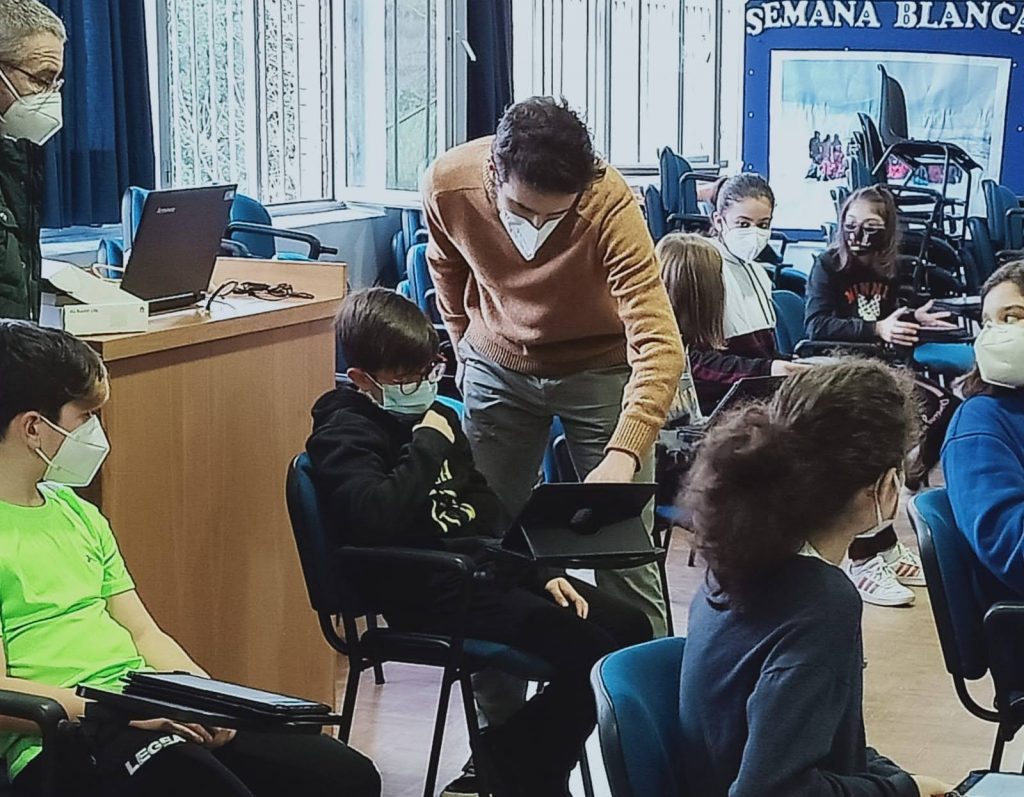 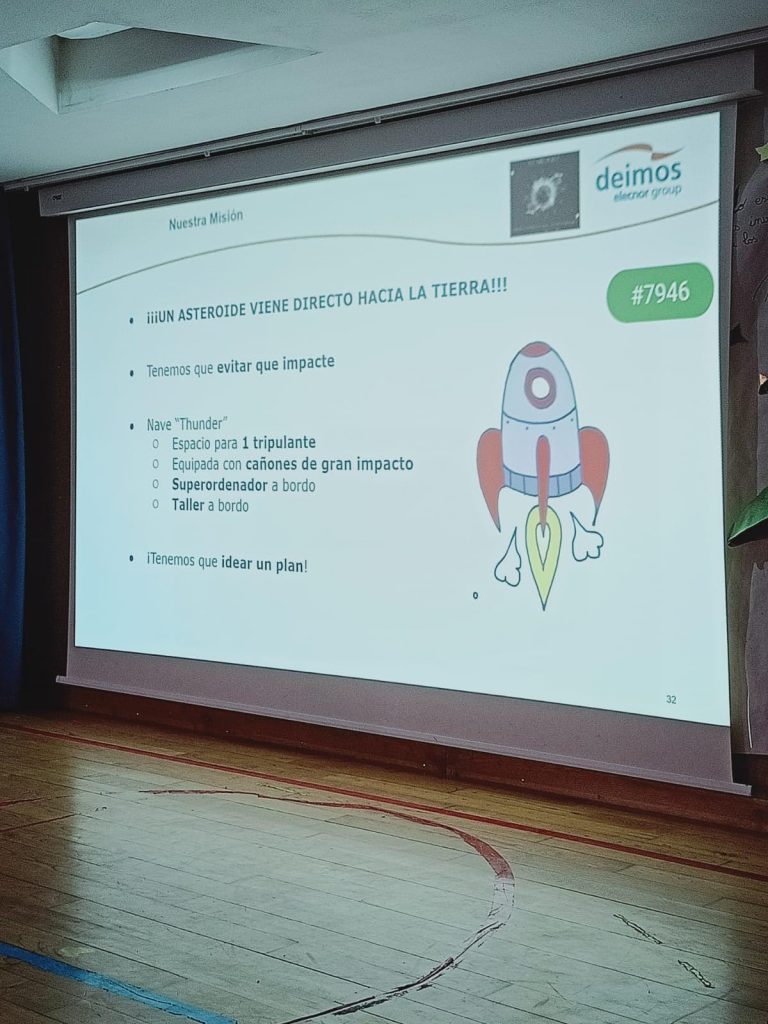 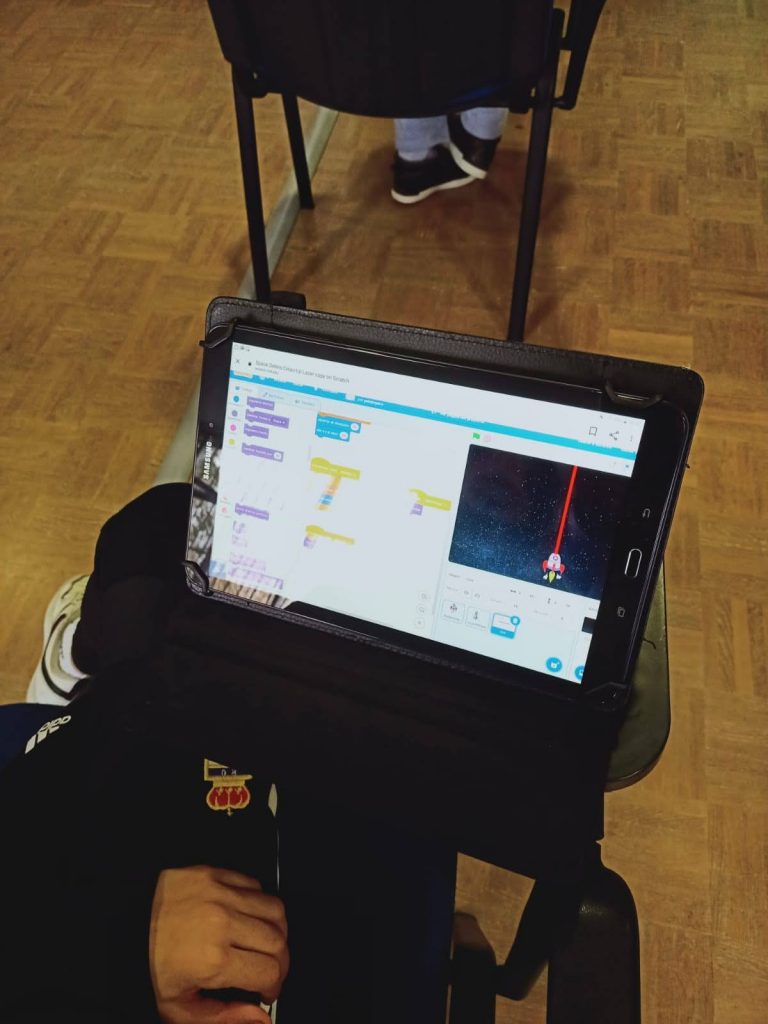