The second event of Public Lecture Series took place in one of lecture theatres of the Technical University of Milan in form of a public debate on “Asteroids and Space Debris: Challenges and Opportunities“. The event was organised and facilitated by a group of project Marie Skłodowska-Curie Early Stage Researchers:  Matteo Manzi, Sai Abhishek Peddakotla, Shubham Vyas,  Edoardo Legnaro, Pelayo Penarroya and Mattia Pugliatti. They introduced the Stardust-R project explaining its scope and objectives. To initiate discussion they gave short engaging talks tailored for general public. Following the initial discussions around topics of Space Debris & Space traffic management, asteroid exploration and exploitation there was an interesting informal Q&A session that lasted another 40 minutes. The event was attended mainly by staff and students of the university. An estimated number of people in the room was about 60.

PDF copy of talks. The video of this event can be watched here. 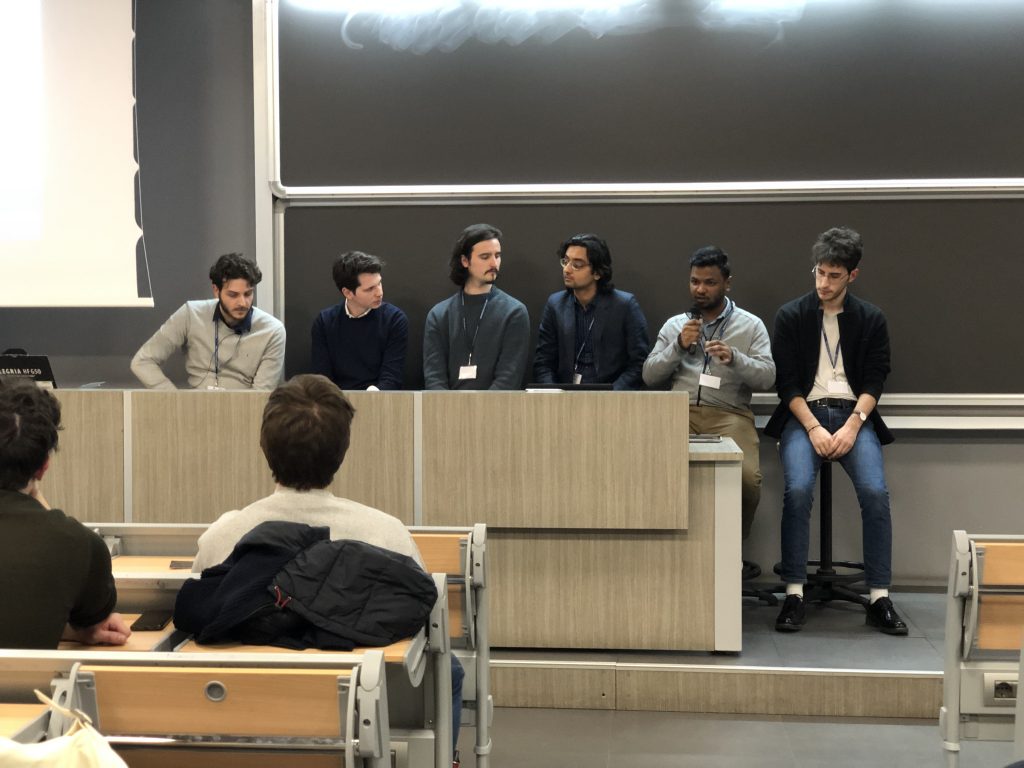