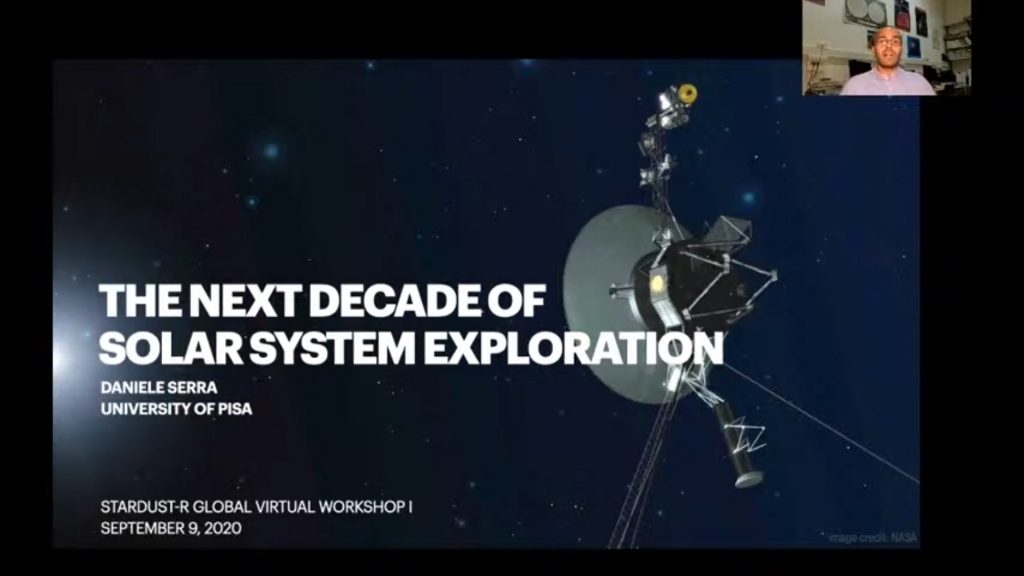 The third Stardust-R public lecture “The next decade of Solar System exploration”  delivered by Dr Daniele Serra took place at the  Global Virtual Workshop I on 9th September 2020. It was broadcasted via the Stardust-R YouTube channel. The record of the talk is available here.

The first two decades of the XXI century have been a second golden era for space exploration, after the 1960s and 70s. The numerous space missions have helped to depict a clearer portrait of our solar system, but many are the questions yet to be answered. What should we expect from the next ten years of space exploration? How much will our understanding of the solar system progress? By looking at some of the future space projects, Dr Serra will summarise some of the most intriguing mysteries concerning the closest planets and minor bodies, with a glimpse at fundamental physics.