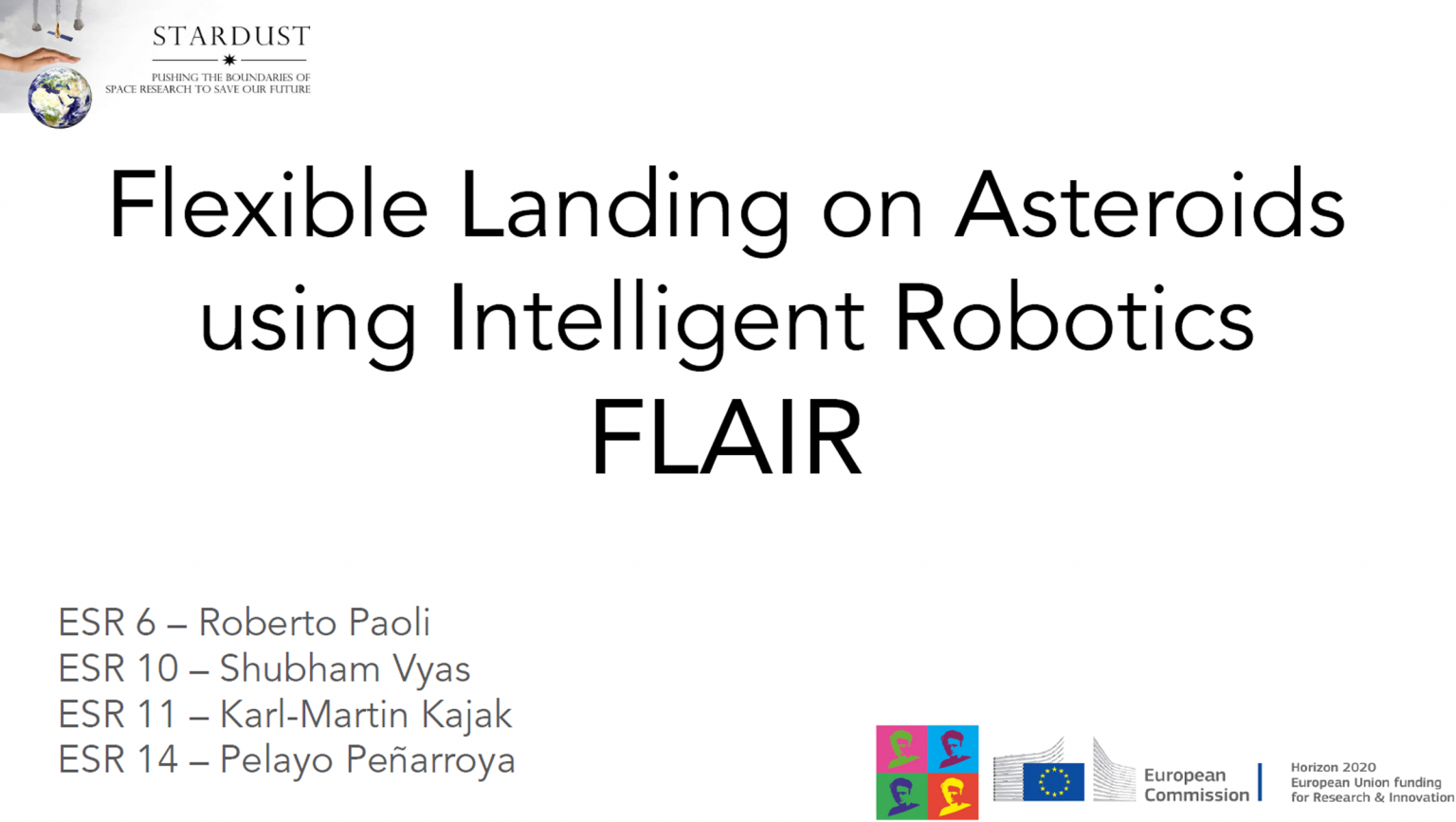 The FLAIR (Flexible Landing on Asteroids using Intelligent Robotics) project working group is the result of an idea inspired by the lectures held during the first two Training Schools of the Stardust-R network.
The exploration of small bodies is a very active research field in space exploration. Missions such as Hayabusa, OSIRIS-Rex, and Rosetta are examples of activities undertaken in this field. So far, no mission has achieved to land a spacecraft on a minor body, but they have been able to deploy small landers or perform brief Touch-and-Go (TaG) manoeuvres on the surface of the body of interest. Open research questions exist in developing landing and exploration strategies in environments with unknown dynamics.
Landing under uncertain conditions is a complex problem. The spacecraft needs to react rapidly to sensor inputs and adapt the flight path accordingly. When requirements go down to meter-level landing spots, autonomous GNC systems are used. However, and even if these systems are able to reach the needed accuracies, their robustness is not yet advanced enough. Thus, it is the objective of this project to find a solution that complements these techniques and allows for its application to uncertain scenarios.
The idea behind this project is to offer a novel system capable of providing an extra level of robustness to these missions. Autonomous navigation systems, aided by intelligent robotic mechanisms could be the key to increase the flexibility and robustness attributed to the scientific phases of small body missions. Giving Europe the chance to develop such a concept before any other player of the space community will put the continent in a tremendously advantageous position, not only for scientific missions but also opening the door for the commercial possibilities small celestial bodies have to offer.
The potential scientific contributions include but are not limited to:

See the poster and kick off presentation for more details.