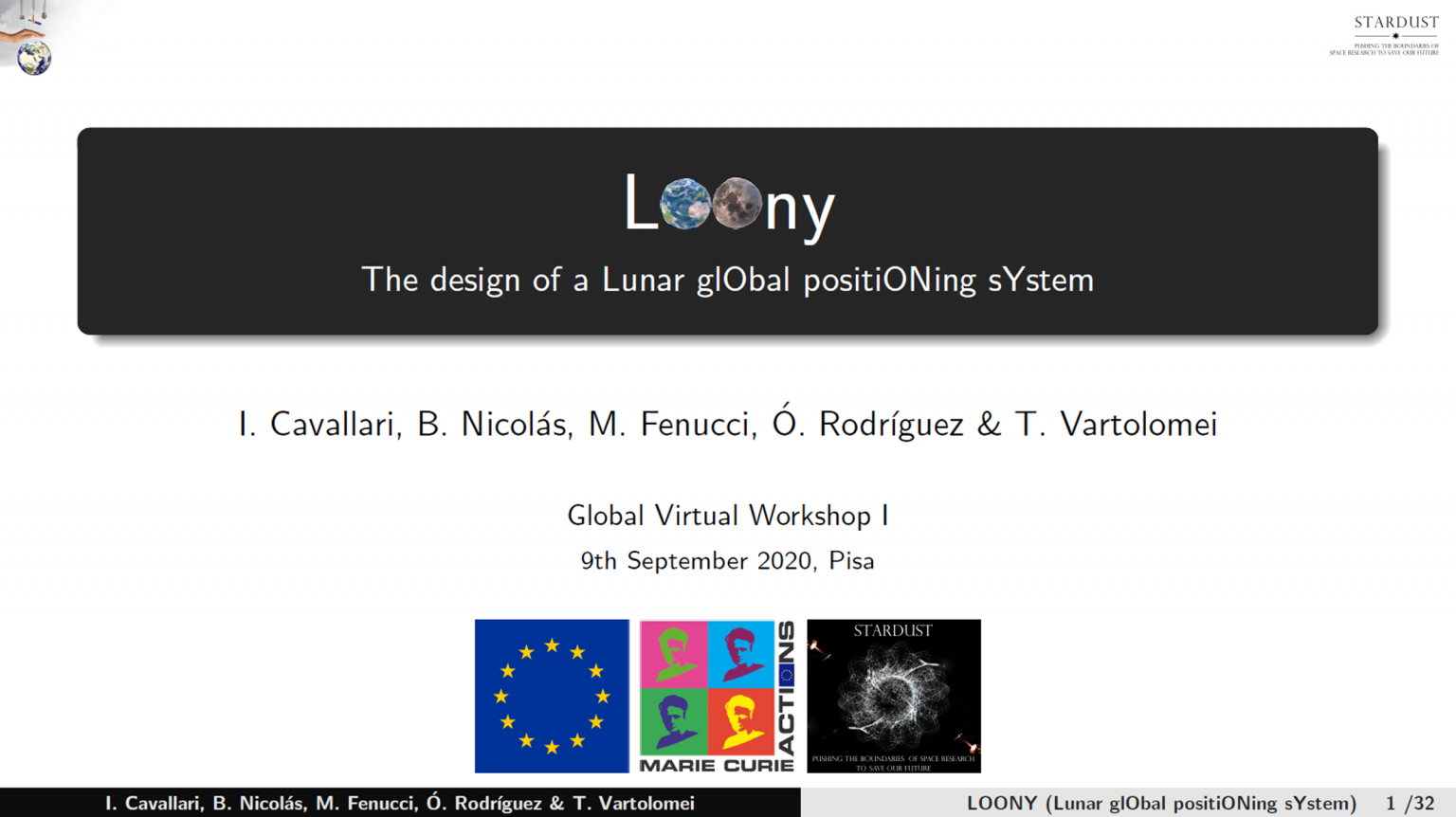 In the last decade, the Moon has been one of the main targets of space missions. In 2017, NASA launched the Artemis program, whose objective is to establish a sustainable human presence on our natural satellite. The first element of a space station, the Lunar Gateway, will be sent to cislunar orbit in 2022, and astronauts are expected to return walking on Moon’s surface by 2024. The Lunar Gateway will be used as the base for the lunar exploration and it is also meant to be the staging point of future space explorations towards Mars. In the perspective of a human presence on the Moon, the problem of a navigation system arises. A lunar Global Positioning System (GPS) could be a possible solution to pilot astronauts during missions and exploration of Moon’s surface. Moreover, it could also be useful as navigation system in case of a future lunar mining program.
The objective of this project is the design a the multi-body constellation that could be adopted for the lunar GPS: the satellites disposal and the most suitable orbits will be selected and their stability will be studied to establish a station keeping plan. Moreover, possible solutions for a low-energy transfer of the satellites to the Moon will be taken into consideration and proposed